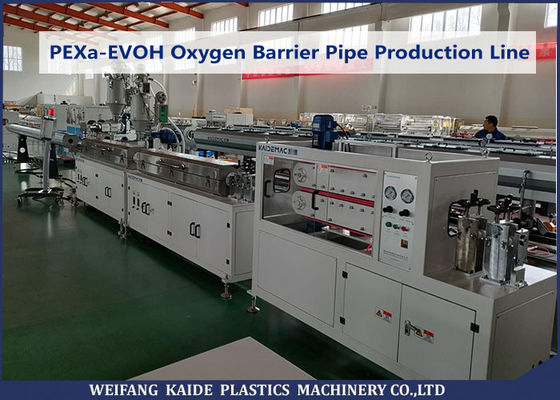 Two sets haul-off machines are equipped; first one is to straight the pipe, and keep stable of the pipe, to avoid any vibration of the pipe while entering the die head;
Several stage of pipe straighten and guide devices equipped
Haul-off speed is controlled by ABB controller, with SYNCRONIZED function with extruder's rotation speed.
Haul-off speed ratio of two machines are set on PLC system, ensuring stable working of the system.

​
Contact Us to Get Detailed Quotation and Reference Videos!!